The place where it all started. When you visit Casino of the Sun, your choices for great food continue. This is the Sunflower Café. Great breakfast, lunch and dinner favorites along with fabulous Mexican food as well. Club Sol members, your points and discounts are good here too, of course. 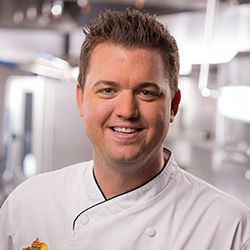 Tucson native and Casino Del Sol Executive Chef, Ryan Clark has a wealth of experience in the food and beverage industry. He graduated top of his class at the Culinary Institute of America in Hyde Park, New York, and was named one of the Top Sixteen Junior Chefs in the U.S. by the American Culinary Foundation. Clark has been nominated for Tucson Weekly’s Best Chef and holds the rare distinction of being named Iron Chef Tucson for three consecutive years. Chef Clark has also been nominated by Food and Wine Magazine as one of the Best New Chefs in the Southwest. He’s a Certified Executive Chef and member of the American Culinary Federation. Chef Clark is the author of Modern Southwest Cooking, a cookbook that showcases his passion for regional cooking and local ingredients.

Wildcats Grille
Wildcats Grille is the perfect place to start or end your golf adventure.
Learn More
Dine without breaking the bank
View dining specials
Hungry? We’ll save you a seat
Book a table